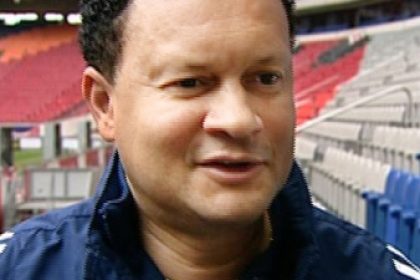 “In the end, everyone wants the best possible result, regular patients, but especially elite athletes”

Ricardo was already five years the physiotherapist of Ajax, before he became responsible for the department physiotherapy from the KNVB in 2008. In this job, he is also the physiotherapist of Dutch national soccerteam. As in every sport it’s important to keep free of injuries, but also to start a match or tournament in the best possible physical condition to reach the maximum performance. “This could be the difference between winning or losing”. Because most players are in good physical shape when they become selected for the national teams, a complete rehabilitation program not probably, but it can happen in the preparation towards a tournament, or within tournament itself.

Increasing role of the RSQ1| De Sanders illustrates the increasing role of the RSQ1 within the Dutch National team, especially for the recuperation of muscle tissue: “A player who has some small hamstring complaints after a training or match will be treated directly with the ‘recuperation protocol’. This protocol results in an increased blood flow and higher saturation of the blood in the treated area, which cause a faster recuperation of the muscle tissue. Before the next training the ‘relaxation protocol’ is used on the same muscle, to lengthen and relax this muscle.”

Unique fast recovery | De Sanders gives an example to support his enthousiasm: It has happened that a player sustained a muscle leasion, grade 1 on Thursday with his club, as a result he isn’t able to play on Saturday. When he arrives on Sunday evening for the Dutch National Team, I treat him in the following way: I test his muscle for resistance and stretch pain and when I press, his whole muscle is painful. The same evening and night I let him sleep with the ‘recuperation protocol’ and when I test him the next morning, he doesn’t experience any pain anymore. Monday afternoon he’s able to perform on the training and that’s unique. Normally, the rehabilitation wil take 7 days before he’s fully recovered, which means you are rehabilitating until Wednesday. Now he’s able to play on Tuesday and Wednesday.

More and more players with their own RSQ1 | De Sanders isn’t the only one who is enthusiastic about the RSQ1, more and more players of the Dutch National Team got interested in the RSQ1. “A couple of them is convinced by their own results and have their own device, which they use daily during the regular season at their own club.” In addition, always the prescribed protocols of the responsible physiotherapist.

Rehabilitation after surgery | Beside all the athletes, De Sanders also treat regular patients in the Sports Medical Center. Most of the patients rehabilitating after a surgery, for example their meniscus or anterior cruciate ligament, will be treated with the RSQ1. After such an intervention the patients suffer from atrophy in their legs. The contractions achieved by the RSQ1 are preeminent to re-activate the muscle without to much physical work load for the knee joint. “Especially in the first six weeks, where you have to be carefull with increasing the workload, the RSQ1 has an enormous added value in muscle strength, it’s really impressive.” Besides other available electrostimulation devices, which are also still used, is the RSQ1 the only devices wich achieve such a fast recovery and increase in musle strength. “That’s the most important feature of the RSQ1, in comparison with other device, in the end everyone wants the best possible result, regular patients, but especially elite athletes. 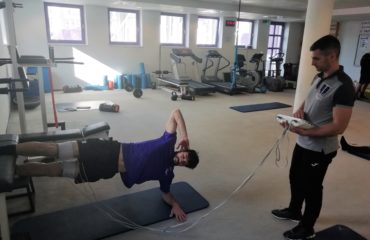